Click on the picture for more information about each team member. 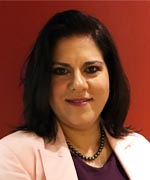 Mrs. Basulto’s primary focus is on all aspects of litigation that community associations face. She helps Associations design practical strategies and implement “best practices” principles into their operations. Mrs. Basulto earned her Bachelor of Arts degree from University of Miami in 1993 and earned her Juris Doctor degree from Nova Southeastern University in 2000. She is a member of the Florida Bar Association (2001), the U.S. District Court, Southern District of Florida (2003), the Miami-Dade County Bar Association, the Miami Lakes Bar Association, and is a Florida Supreme Court certified Circuit Civil Mediator as well as a qualified Arbitrator.

Mrs. Basulto previously worked as a State Attorney in Miami-Dade County, Florida. Prior to becoming an attorney Mrs. Basulto spent several years working in politics and government including working for Florida’s U.S. Senator Bob Graham and later as a Schedule C appointment in President Clinton’s administration. 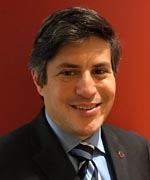 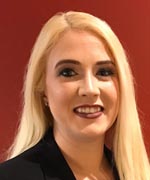 Ms. Briley is a graduate of St. Thomas University School of Law where she was a recipient of the Cali-Book Award. The CALI Excellence for the Future Award® is given to the highest scoring student in each law school class at many law schools! Ms. Briley joined the firm in June of 2016 and specializes in Community Association Law as well as Corporate Governance. Ms. Briley also has experience in Landlord/Tenant business as well as Commercial and Residential Contractual Compliance.

Ms. Briley is an animal lover and is passionately involved with the Humane Society. She also enjoys traveling, family time and the Miami Heat.

Please note that our firm represents Associations and does not provide legal advice to the home owner regarding their specific matter. If you are a Board Member or a Property Manager, and wish to contact one of our attorneys, simply fill out the form on this page.